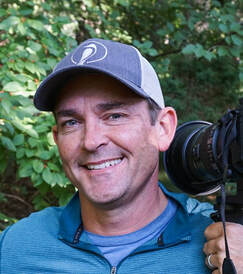 Tom Younkin
President
​Tom Younkin was first introduced to birds as a small boy by his grandmother. He has been an avid birder ever since, birding the state of Rhode Island for over 40 years. Recently he has also taken up bird photography as an added interest. After a 30-year career in the software industry, Tom decided it was time to follow his true passions, birds and bird photography.  Tom also serves on the Board of Metro Edge Development Partners and does volunteer work at the Audubon Society of Rhode Island. 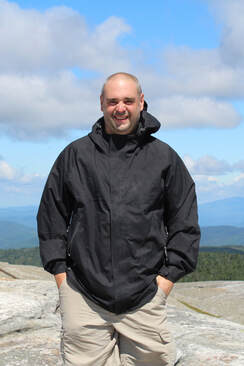 Nick Pacelli
Vice President
​Nick Pacelli has been birding in Rhode Island for about twenty years. He has always been happiest outdoors hiking, birding, and fishing . Up until five years ago Nick was a part time birder and a hardcore fisherman. He could be found on a beach, on the ice, or in his kayak three hundred days a year. He has written many articles for multiple fishing magazines. However he pretty much gave that all up when he got serious about birds five years ago. In 2019, Nick did a "RI Big Year" where he ended up with 290 species. What he learned last year is that numbers don't mean anything and there is so much knowledge to gain from this hobby. Though not a world traveler, Nick has taken birding vacations to Maine, Florida, and North Carolina. He has been an active member of the OSBC which includes writing an article for the Osprey and going on many walks and trips. Nick is especially fond of pelagics.  He has made a lot of friends with members whom he birds with all the time. As a board member the his goal is to give back to the club which has meant so much to him. 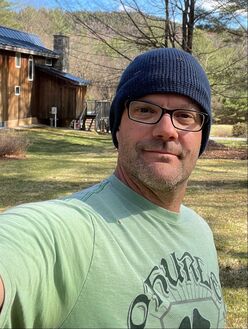 Michael Gow
Treasurer, Website Manager, and Membership
Michael Gow is a veteran teacher of more than 20 years. Throughout his career, he has organized and led many nature events and walks for elementary and middle school aged kids. Having spent much of his free time hiking, canoeing, fishing, birding, and camping, Michael now enjoys sharing his love of the outdoors with his students as well as his own two children. Michael was an avid long distance hiker having hiked the Long Trail in Vermont and the Superior Hiking Trail and the Kekekabic Trail in Minnesota and has now taken up canoeing as his primary endeavor. Michael is also a founding member of the Ocean State Bird Club. 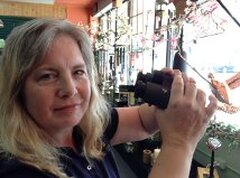 Suzanne French
Secretary
Suzanne French is the Manager of the Wild Birds Unlimited Nature Shop in Warwick, RI. As the bird and optics specialist, she advises anyone interested in birds from beginning to seasoned bird enthusiasts. She has designed, patented and sells a line of book covers specifically for field guides with her own online company named Fieldfare. The field guide covers have been sold to nature lovers as far away as England, the Netherlands, and Costa Rica. Suzanne is also a founding member of the Ocean State Bird Club. 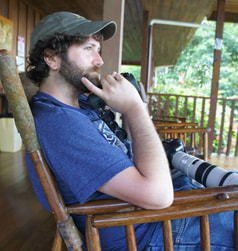 Dan Berard
Board Member
Dan Berard is a former president of the OSBC and a lifelong birder for whom birds were a gateway into a fascination with natural history. He has led birding and natural history tours across North America, Hawaii, Trinidad and Tobago, Mexico, Panama and pelagics on both coasts. While in Panama, he worked at the Canopy Tower Ecolodge counting raptors for the Panama Audubon Society’s Raptors Oceans to Oceans hawk watch and was a consultant for the Emmy Award winning documentary Earth Flight. He is excited to be involved with the Ocean State Bird Club and learn more about all of Rhode Island's varied ecosystems. Dan is also a founding member of the Ocean State Bird Club. 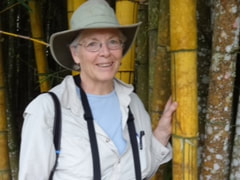 Jana Hesser
Board Member
Former OSBC president Jana Hesser, a mother and grandmother, has been a RI resident since 1988. She retired in 2009 after a long career including as a Professor of Medical Anthropology, as a Director of Market Research, and most recently as a Public Health Administrator for health statistics.  A lifelong enthusiast of outdoor activities, and an avid reader of natural history, she discovered the pleasures of birding in 2003.  A journey of discovery, birding has also brought her into a wonderful circle of “birding buddies.”  Jana ​is also a founding member of the Ocean State Bird Club.

Stuart Bargery
Board Member
Stuart Bargery found himself in Rhode Island in 2014 after birding his way across England and Wales, Dubai and Central Park.  A UK-trained accountant, Stuart now works in risk management from his home in Providence, while keeping at least one eye on the trees outside his office window.  Stuart is passionate about preserving the natural environment for the future of all species. 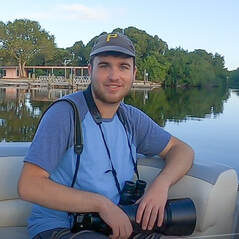 Patrick Felker
Board Member
​Patrick Felker is a 21-year-old avid birder from North Kingstown, Rhode Island. He is currently in his junior year at the University of Rhode Island, studying Wildlife and Conservation Biology. Patrick started birding when he was 11 years old and has developed a relationship with the Rhode Island birding community. He brings a passion for birding and nature, as well as positivity and an inclusive mindset to the Ocean State Bird Club.